I was in no way ready to start baking for the Mega Marathon in February when I baked these amazing chocolate cupcakes with chocolate buttercream frosting. If you know me, it would be evident by now that I don't make many chocolate recipes. I am not a big chocolate fan and hence there are only very few recipes that I have made with chocolate.

It was my little one's birthday and also our team leader Srivalli's birthday on the same day and they both are big time chocolate fans. What better could I have baked for them on their special day other than this wonderful Chocolate Cupcakes With Chocolate Buttercream Frosting. My kid was able to taste and enjoy the cupcakes in person whereas Srivalli got the virtual treat of the cupcakes. This year my son had asked me long ago that he only wanted chocolate cupcakes and that too with chocolate frosting. There are just so many recipes out there that I was a t a total loss to choose one. Finally I settled down on the recipe that was on the back of Hershey's cocoa box. I am so glad that I chose that recipe as the cupcakes that I made were one of the best ever and my son could not have been happier. I usually make a test run with any new recipe that I try before making a big batch, but this time I just took a brave move and doubled the cupcake recipe as I was making the cupcakes for my son's school and soccer.

The buttercream recipe was pretty basic and I used melted chocolate in the recipe instead of the cocoa. Make sure you take the time to beat the frosting well as that is what helps in making a smooth buttercream. 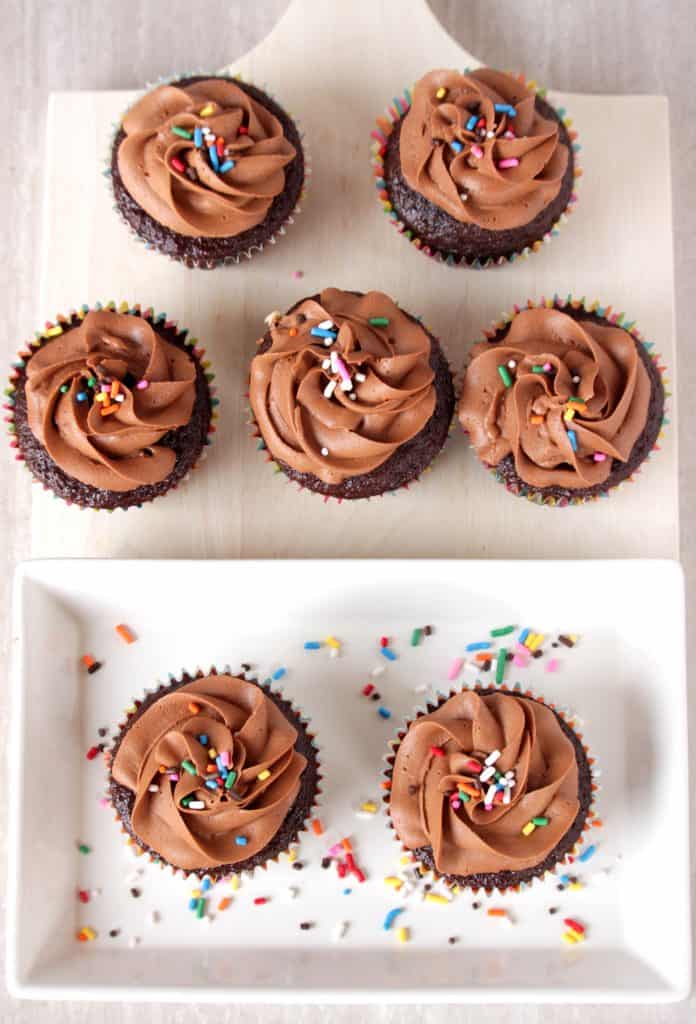 One thing I would really like to mention about the cupcake recipe is that the cupcake batter is very runny. In fact it was so runny that I really thought I have messed up with the water quantity. I had my fingers and toes crossed when I placed the first batch of the cupcakes in the oven. I almost jumped out of joy when I saw that the cupcakes came out perfect and they were one of the most moist cupcakes I have ever baked.

This is my third recipe in the A-Z Baking around the World series and this recipe is from America. This post bought memories of our trip to the Hershey's chocolate factory in Pennsylvania. It was a place to see and we were in awe when we went for the chocolate factory to see how the chocolates are made. 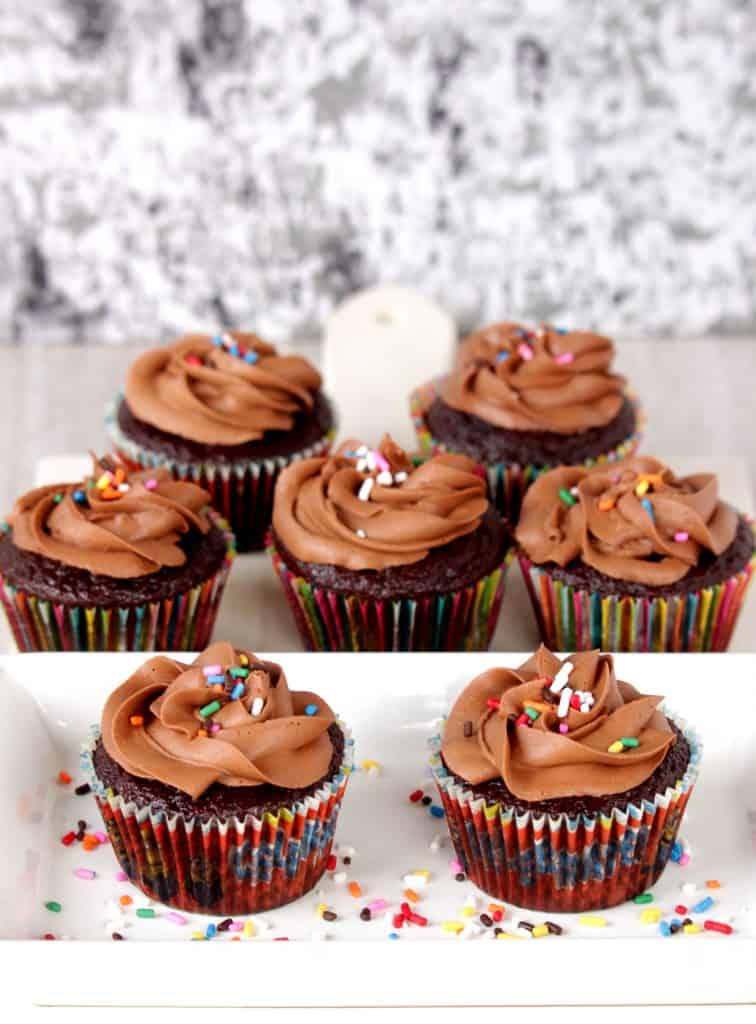 To make the Chocolate cupcakes - To make the Chocolate Buttercream frosting - 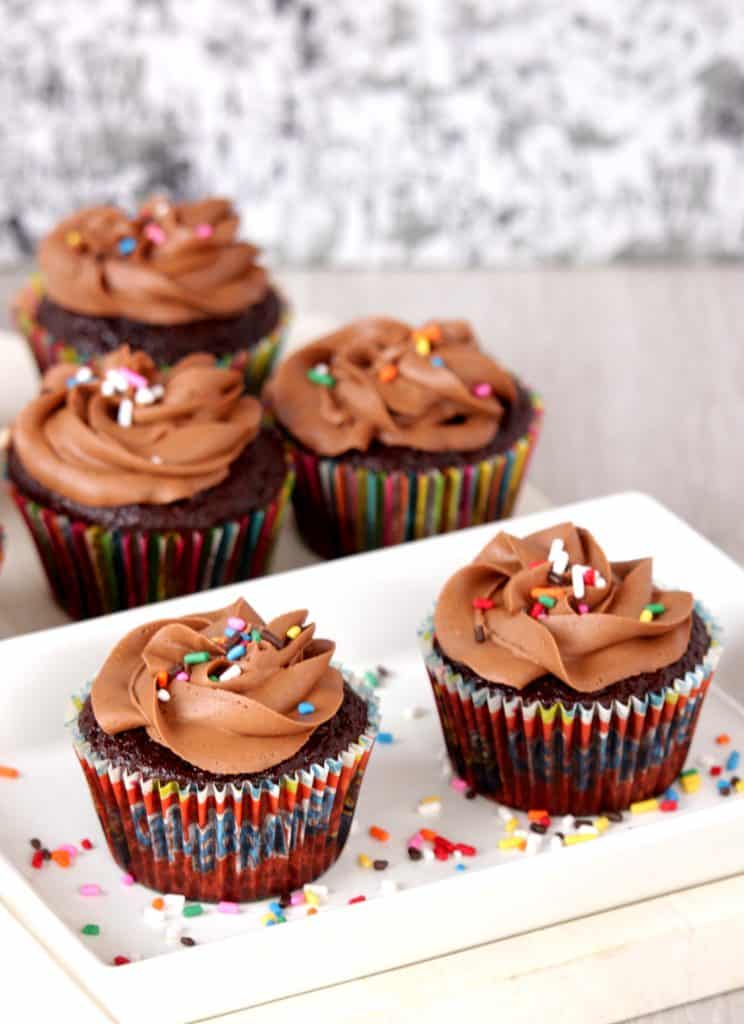 Be sure to Pin the recipe and share it!