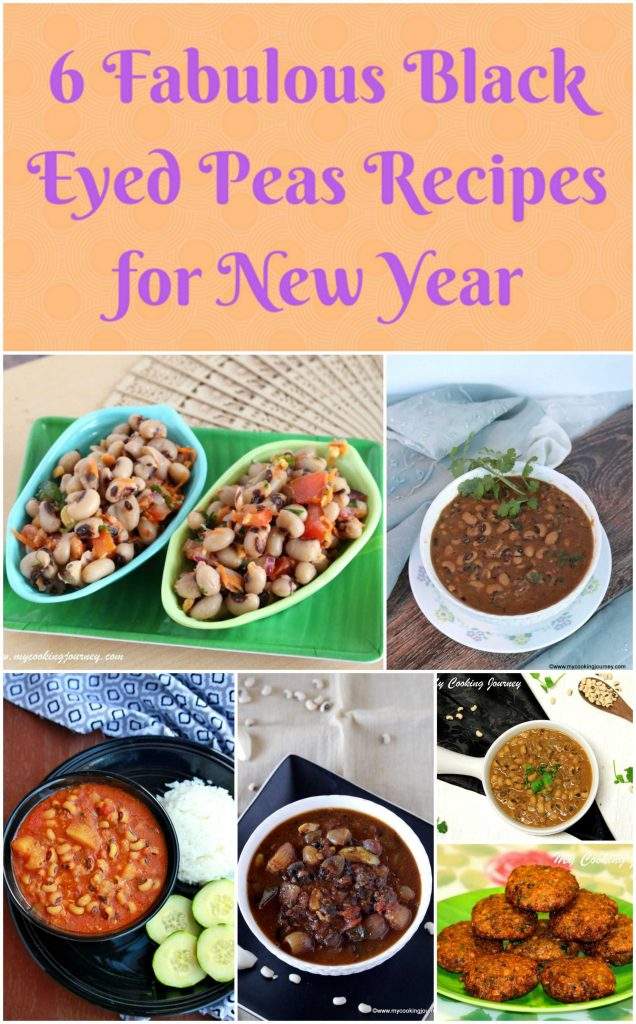 Eating Black eyed peas on New Year's day is considered lucky! I love Black eyed peas and that is one another reason I will definitely eat it on New year's day. Reading about the history as to why Southerner's consider is lucky was fascinating.

The history dates back to Civil war period. In that period, black eyed peas was considered animal food. Hence, they were not considered worthy of General Sherman's Union troop. When the Union troop raided the confederates food supplies, they took everything except the Black eyed peas and salted pork.

The Confederates considered themselves very lucky to have the Black eyed peas to help last them through the cold winter and hence the peas became a symbol of Good luck.

There is also other explanation such as that Black eyed peas was all the Southern slaves had to celebrate the New Year and hence is considered a soul food.

Also, most of the Southern states are big on farming and black eyed peas were one of the best crops that held up to the cold winter months. They were cheap and very affordable and hence many families enjoyed it on New year's feast.

All the recipes I have here are gluten free and Vegan that will work with people with any dietary restrictions.

Starting with some salad, this is the easiest of the recipe you could make with black eyed peas. Cook the beans and add any vegetable of your choice and dress it mildly with some lemon juice, salt and pepper. I love adding some crushed peanuts for texture. 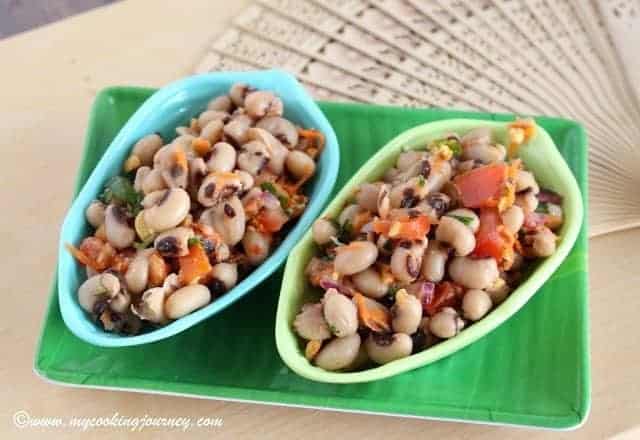 If you are in mood for some snack or appetizer to make for your New Year's day party, then This Black Eyed peas fritter would be a perfect choice. Crunchy and easy to make, this is a crowd-pleaser recipe for sure. This is a gluten free as well as vegan recipe. 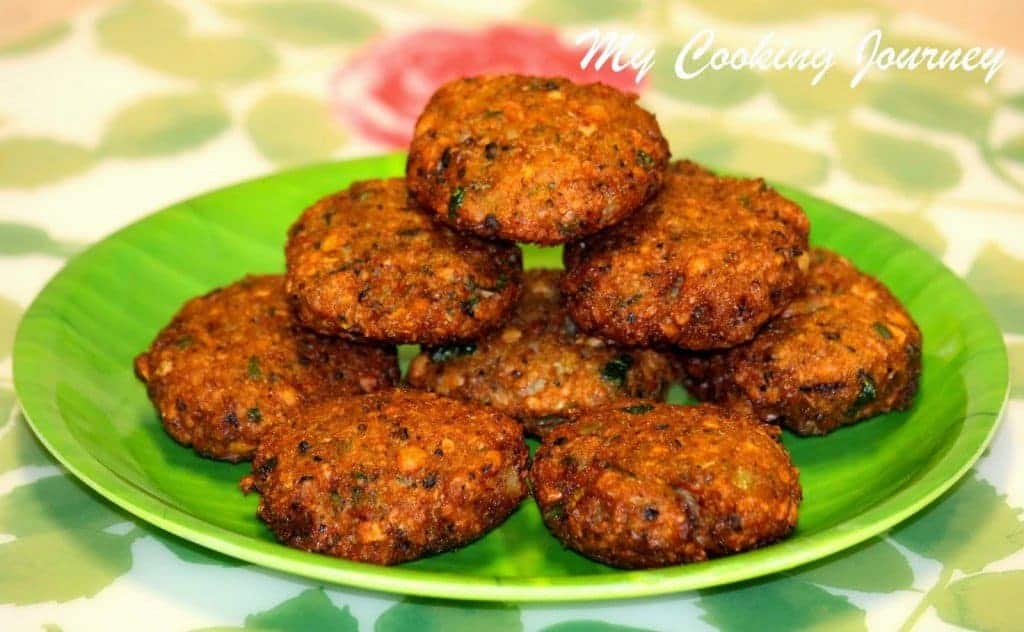 If you are looking to make a side dish, I have couple of them for you to try. This subzi / curry works well with rice or Indian bread. Again this is a completely gluten free as well as vegan recipe. 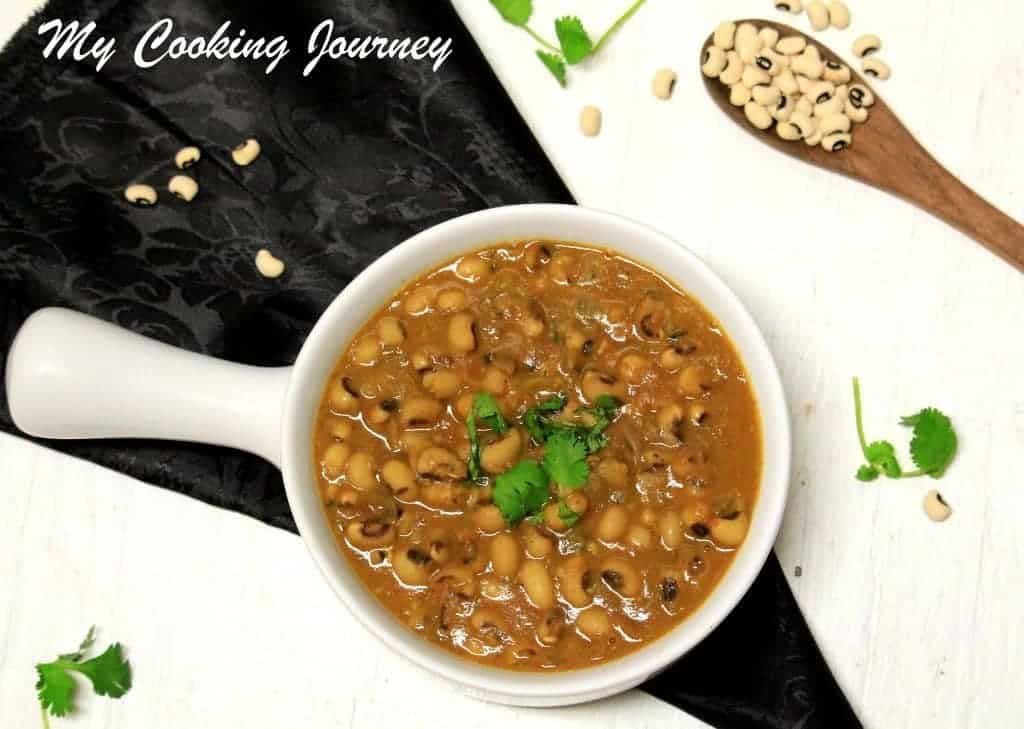 This is another subzi / side dish made with a coconut base and tastes delicious with some warm rice. There are many days when we don't eat onions or garlic for religious reasons and this subzi is perfect for dinner on those days. 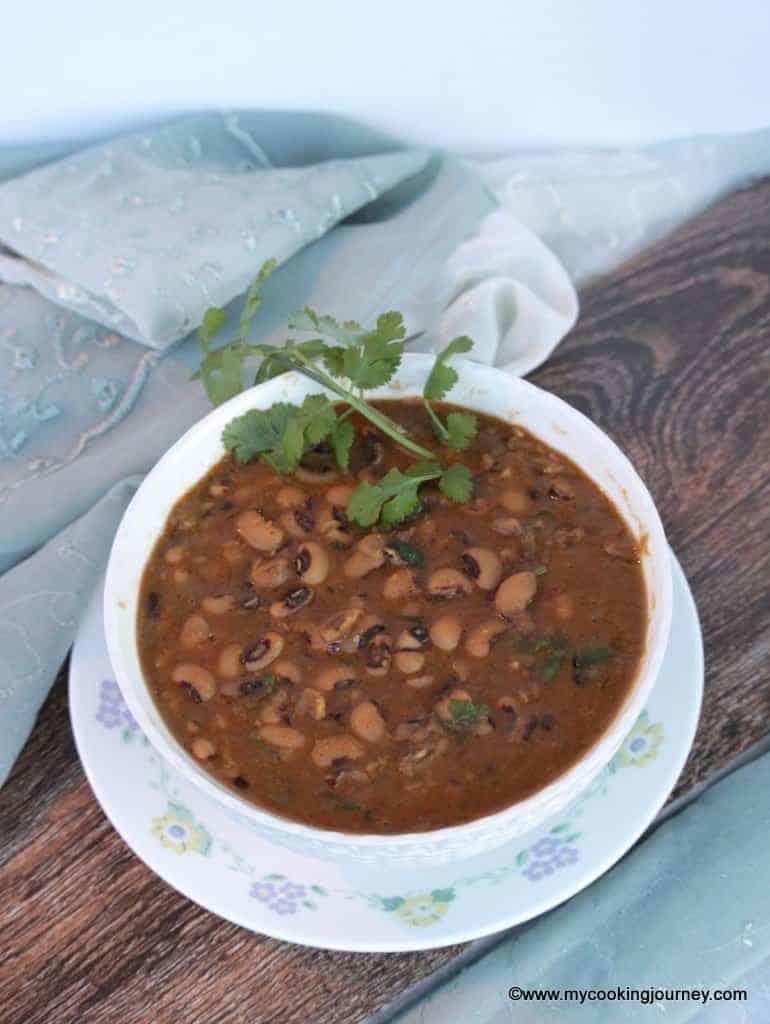 And if you are a garlic lover, you will love this kuzhambu / side dish made with small onions, garlic and black eyed peas. This is my personal favorite with a bowl of steaming hot rice. 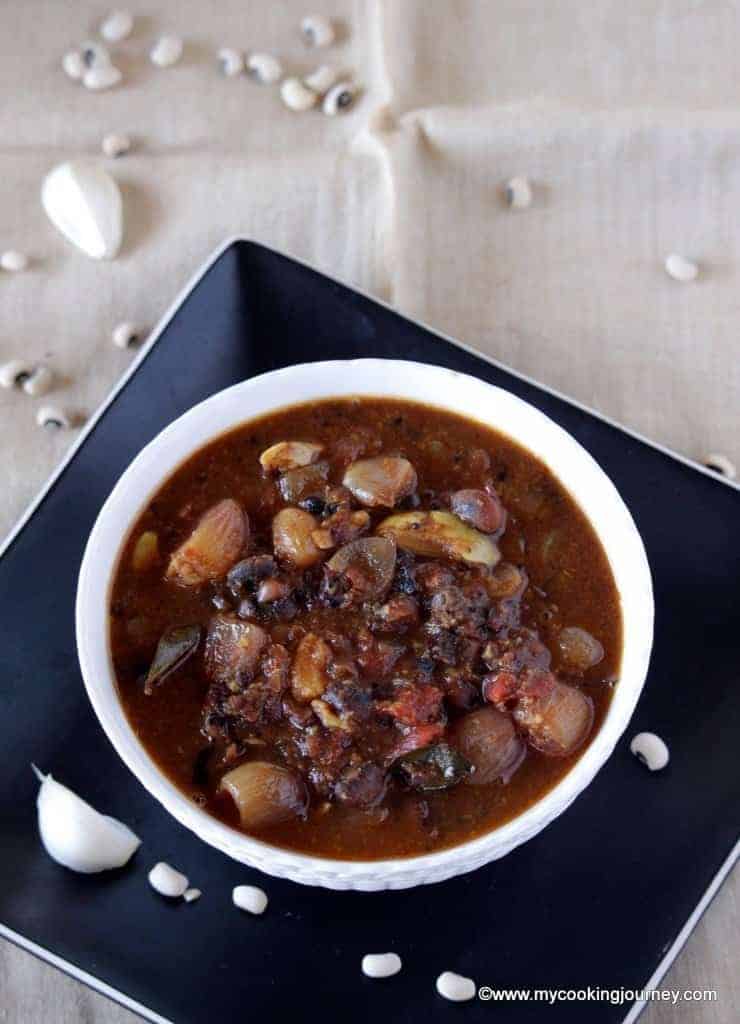 This is one of my latest recipe that I made in the instant pot and it was delicious. This recipe is completely gluten free and vegan and works great with some crusty bread or rice. 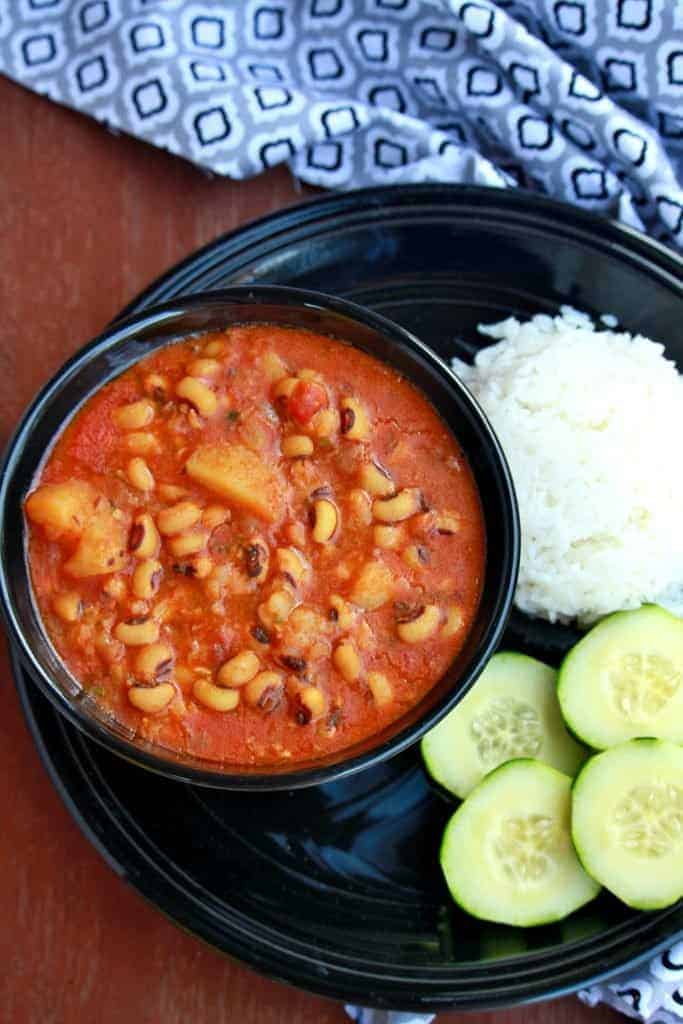