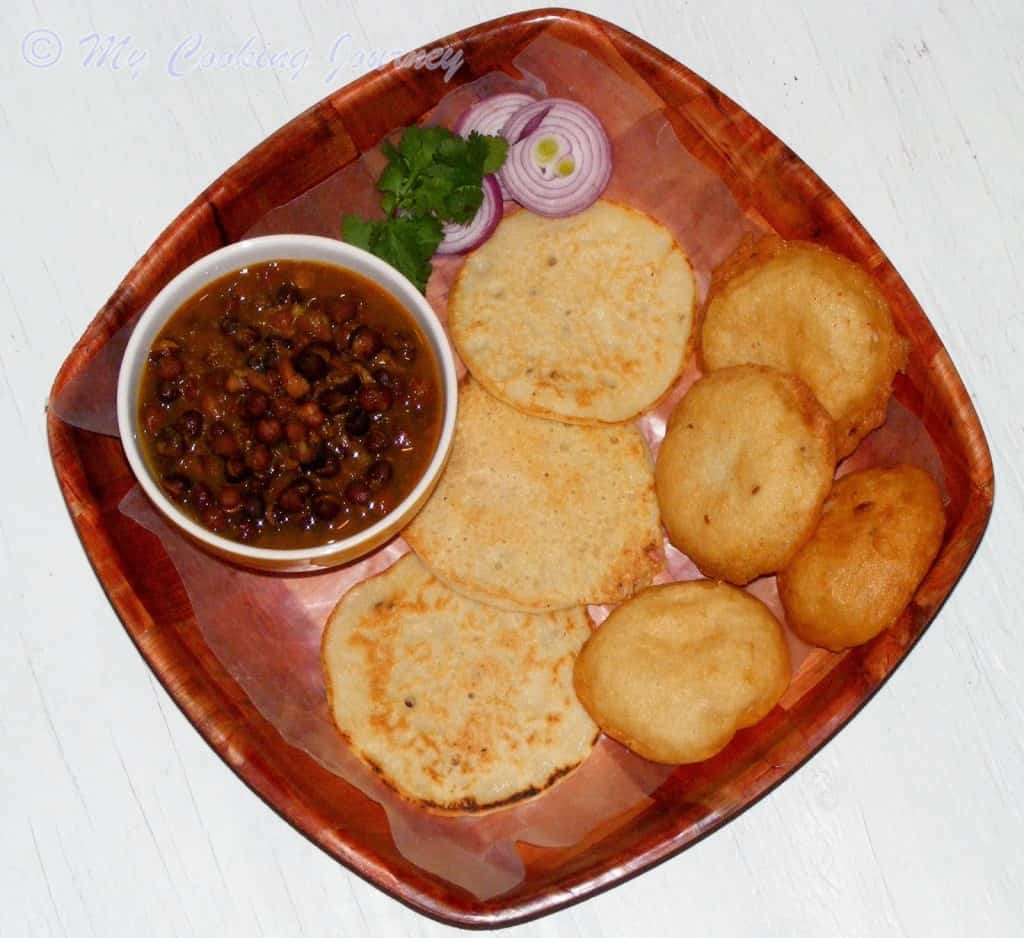 Jharkhand is a state in the Eastern part of India that was carved out of Bihar in the year 2000. Jharkhand that means ‘ The land of Forests’ shares its border with Bihar, Uttar Pradesh, Chhattisgarh, Odisha and West Bengal. Ranchi is the capital of the state and the state accounts for about 40 % of the mineral resources of India. Hindi, Bangla, urdu and English are the major languages spoken in the state along with Maithili and Santali. It is a tribal dominated state and hence has a rich folk culture.

The cuisine of Jharkhand is quite special because they use very minimal amount of spices in their cooking. Rice is the staple and several dishes are prepared using rice as the main ingredient. Jharkhand cuisine also uses several edible flowers in their cooking. Many vegetables and leaves are dried and stores when in season to use later. They also use lot of mushrooms in the cooking. The mushrooms are abundant in the monsoon time which is then collected, dried and stored to use for the rest of the year.

Ghugni is a simple curry made with black chickpeas. In the South, we hardly use the black chickpeas except to make Sundal. This was a good opportunity for me to use up my stock of black chickpeas. The curry had minimal spice and it paired great with the dhuskas. 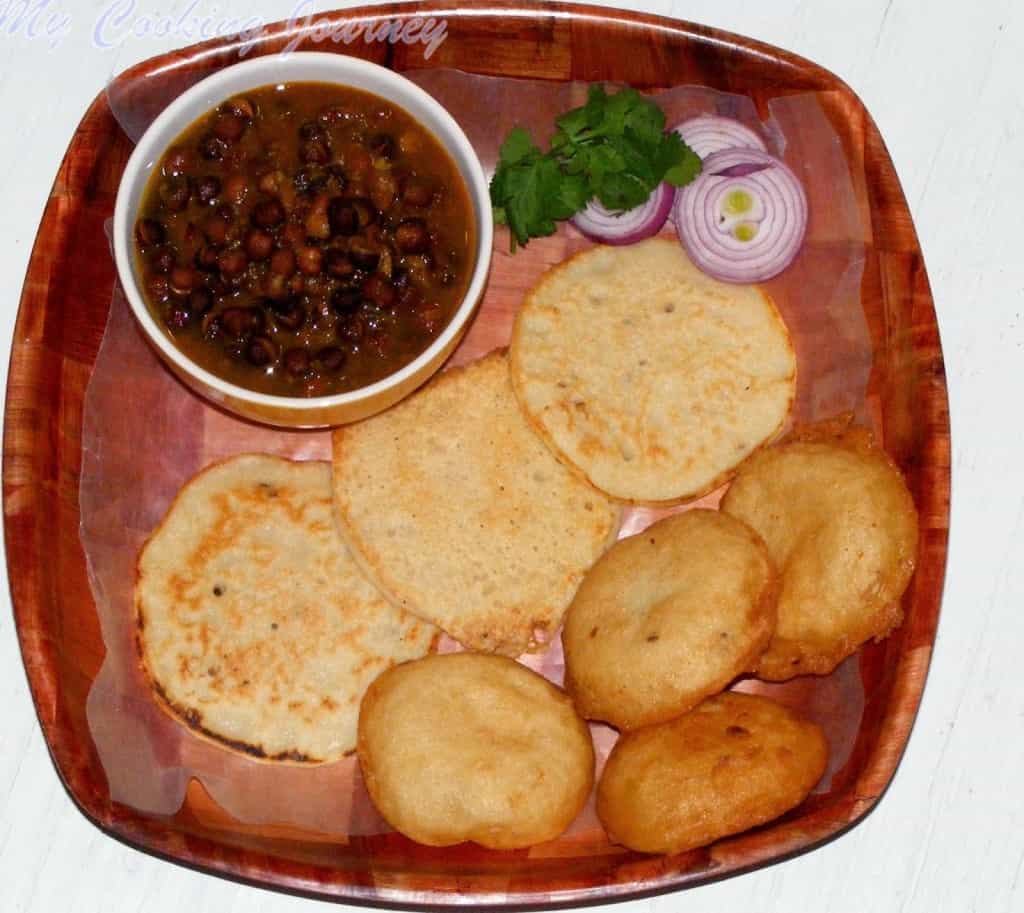 Ingredients to make Dhuska – (makes about 18 small ones) 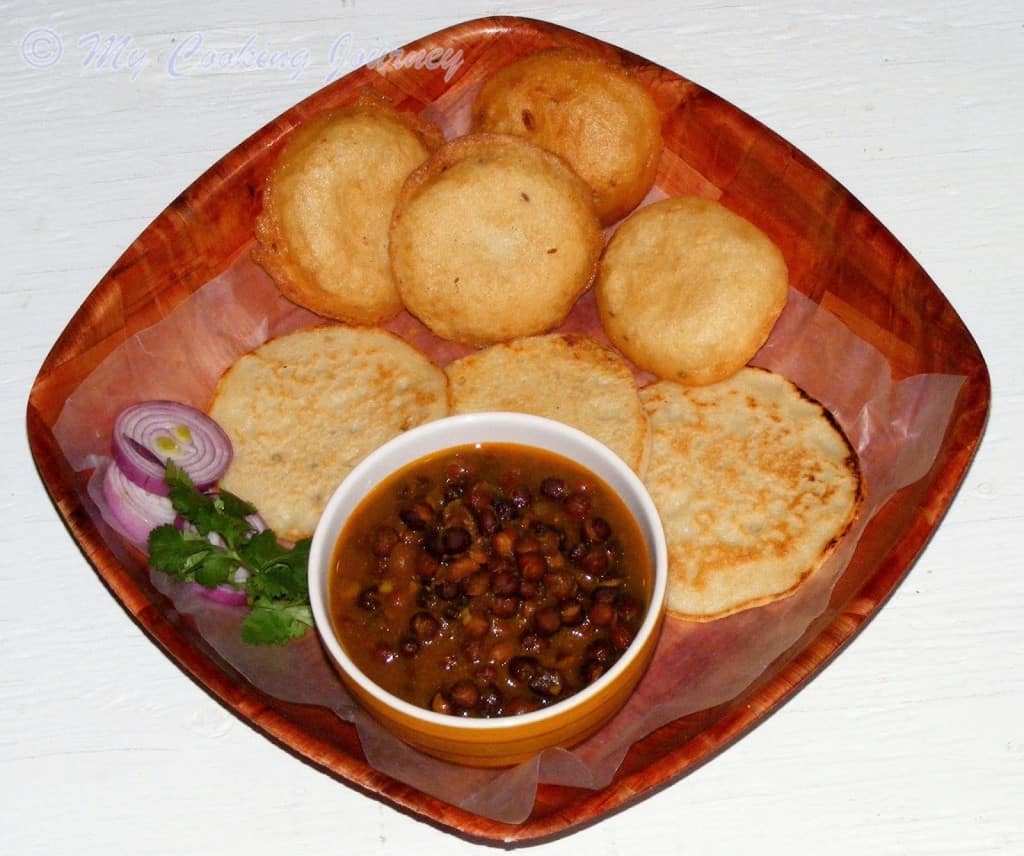 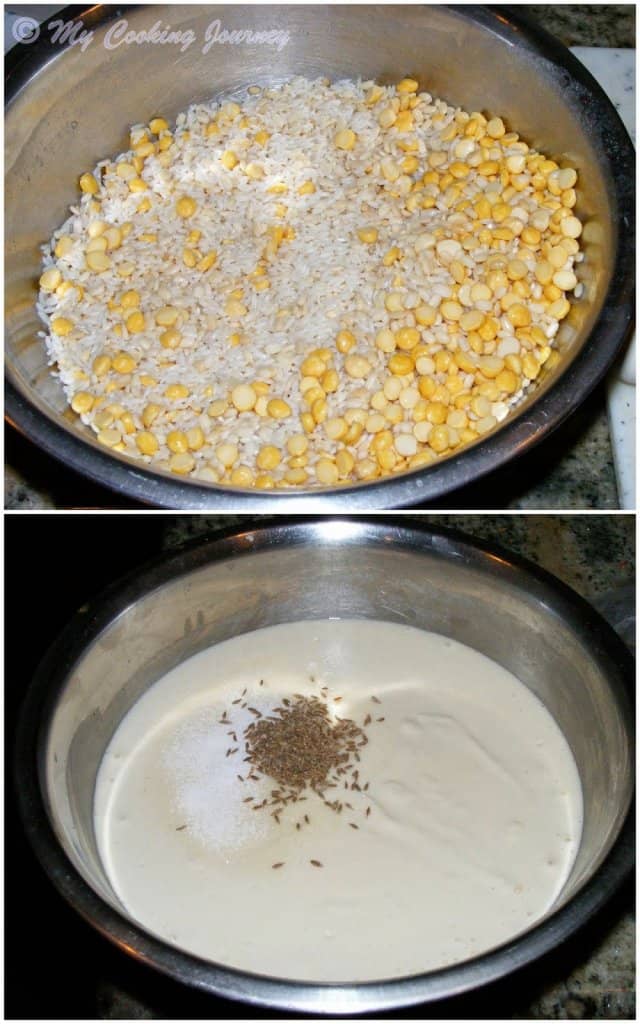 To deep fry the dhuskas – 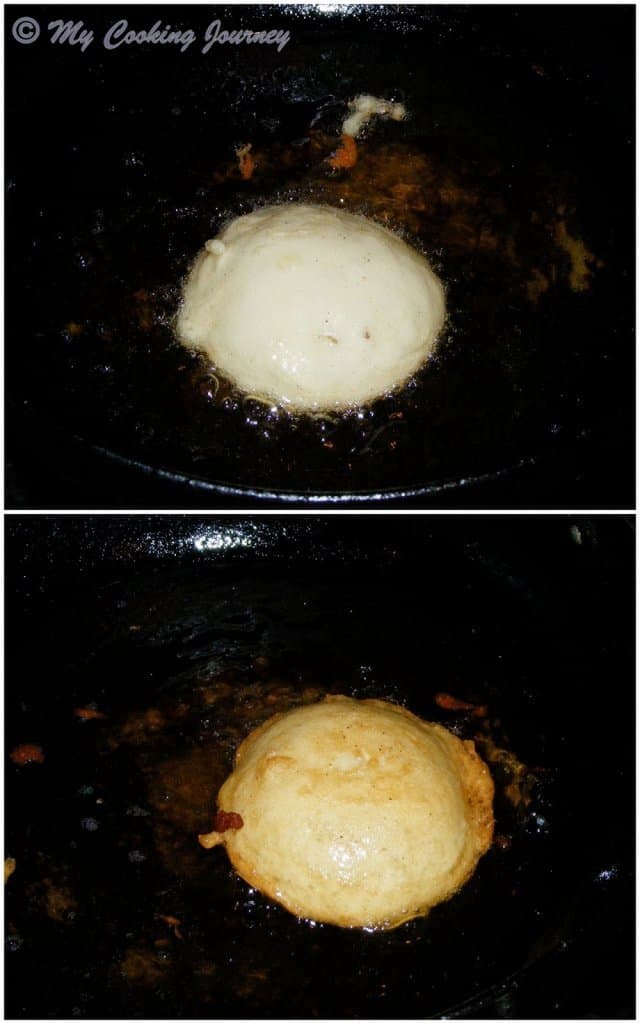 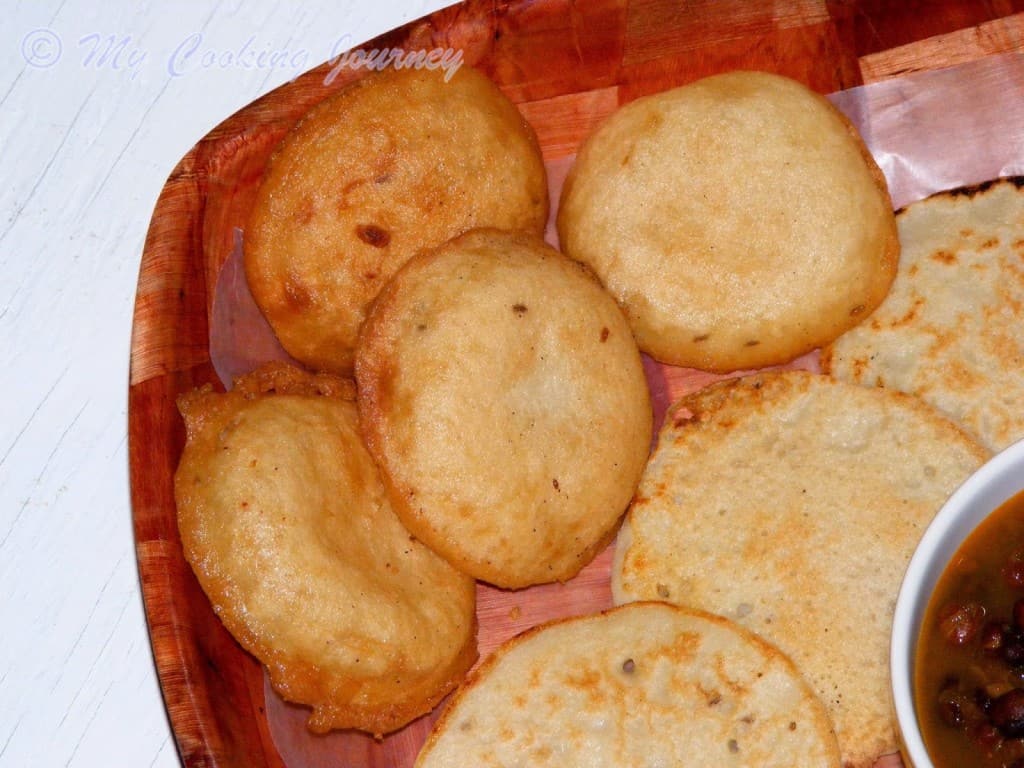 To shallow fry the dhuskas – 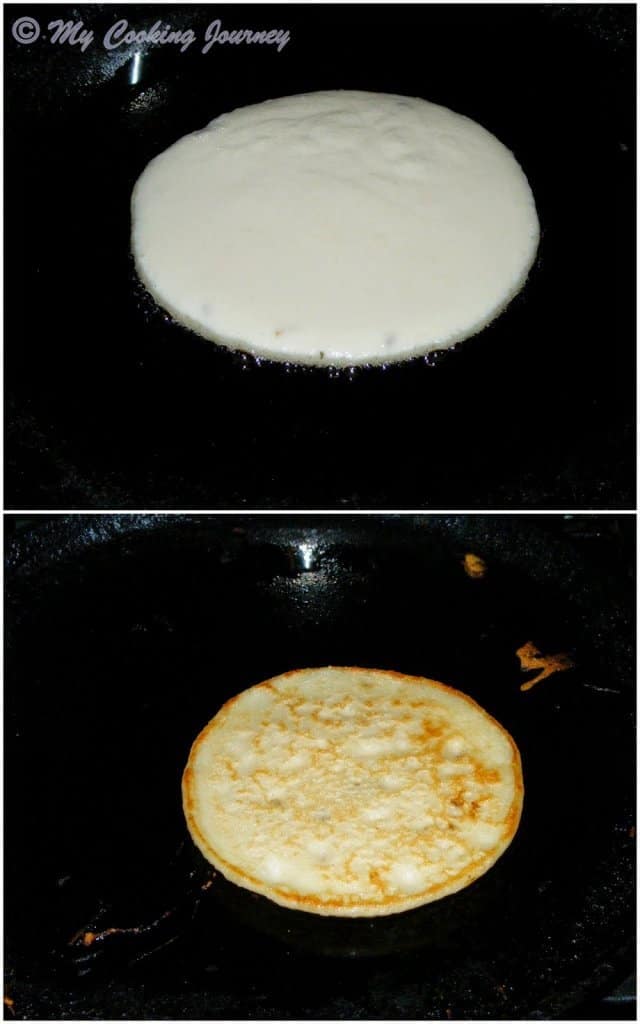 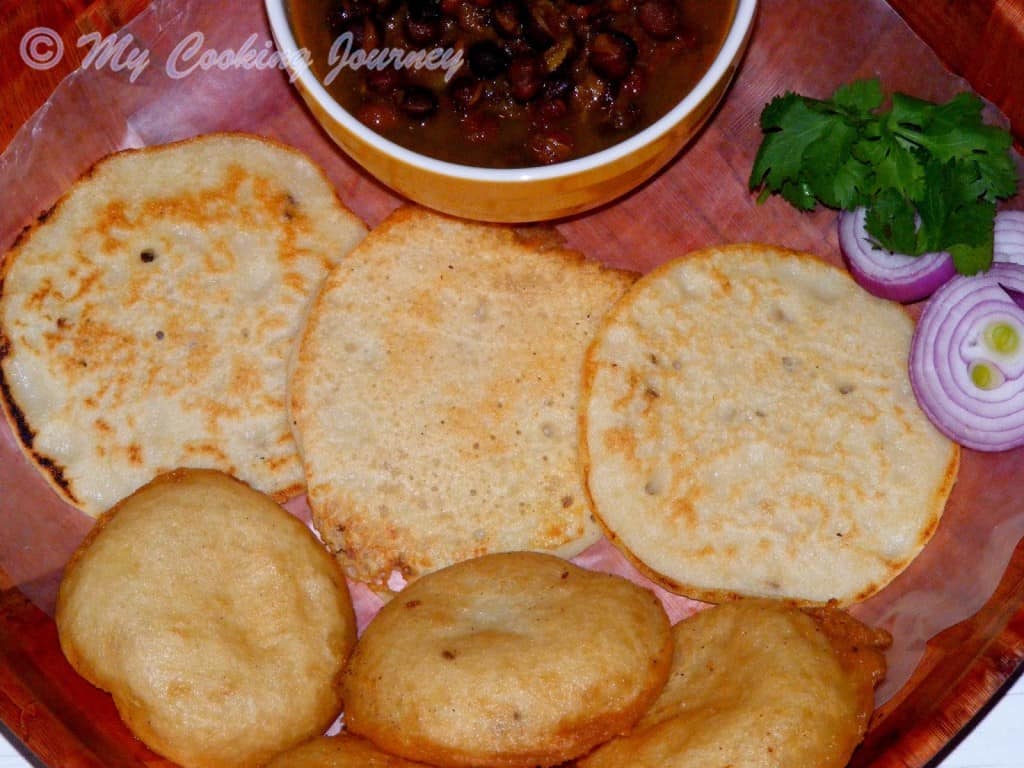 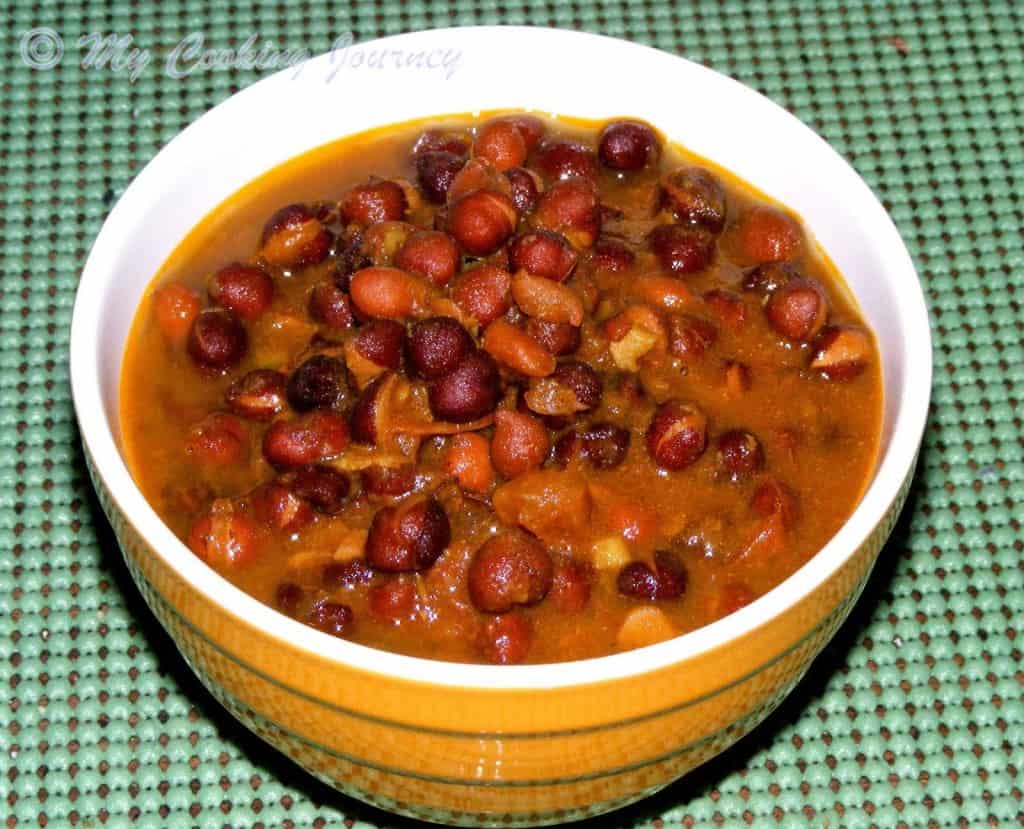 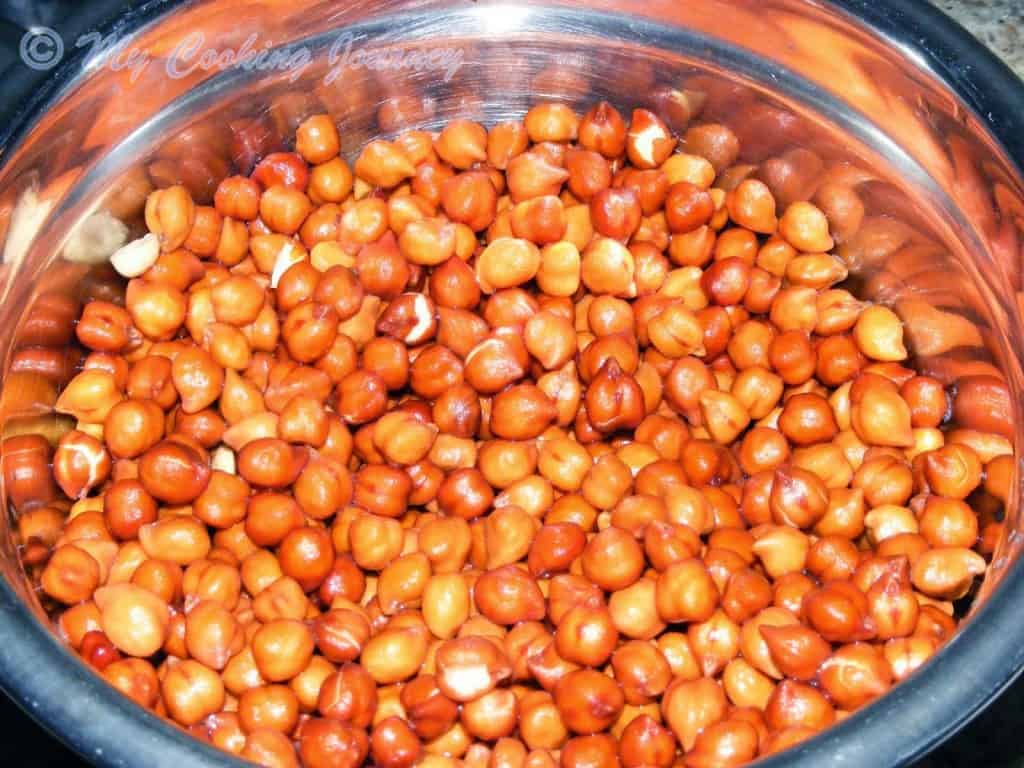 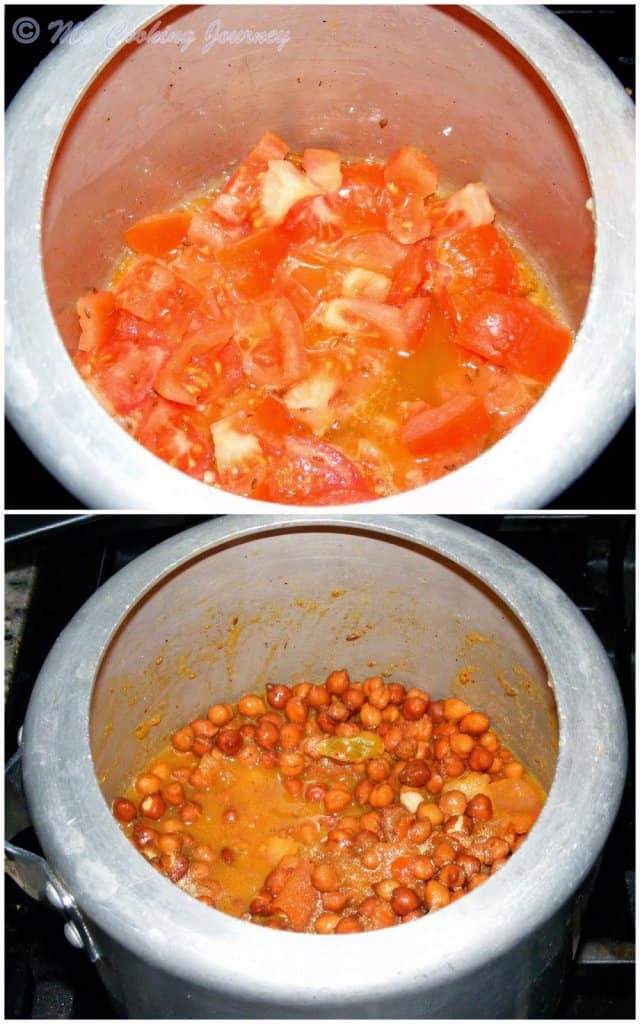 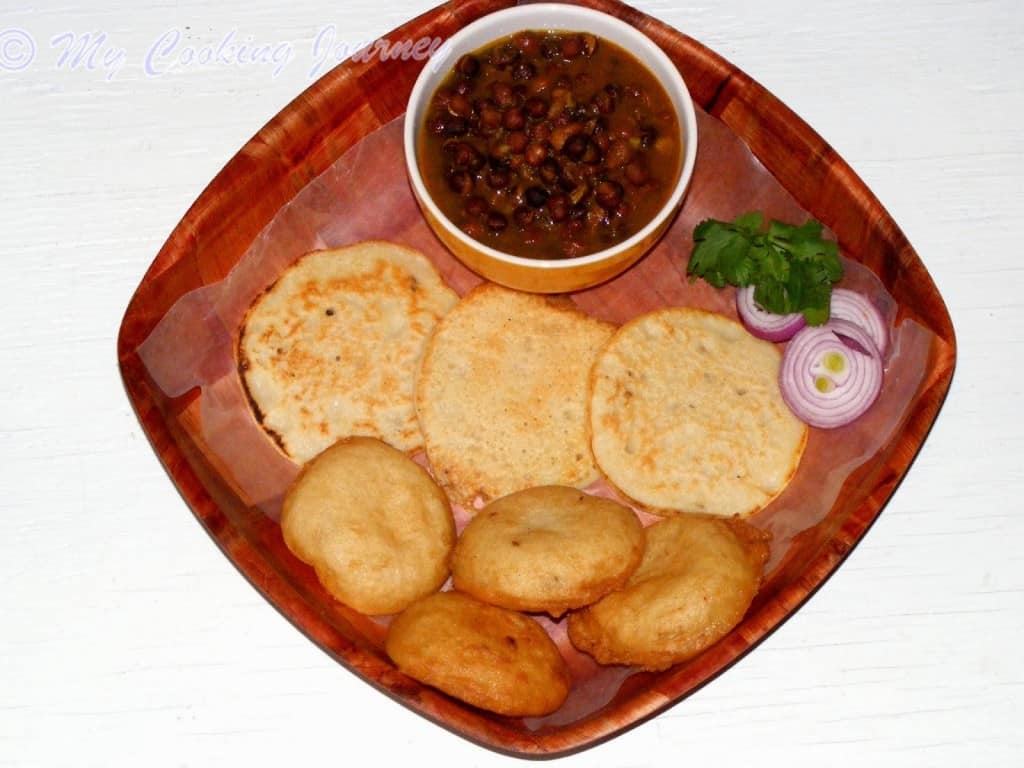