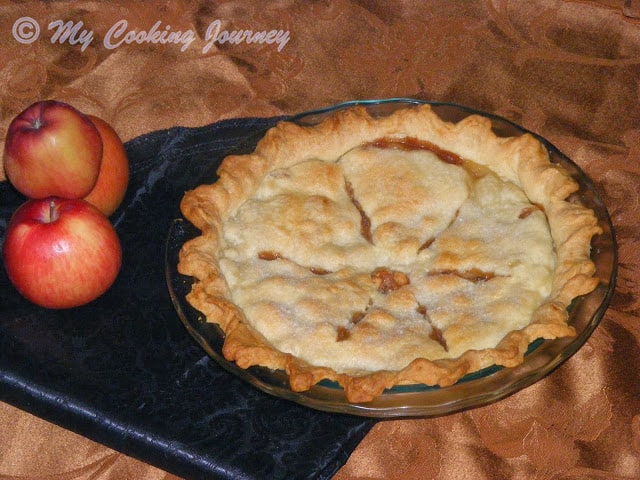 Apple pie had been in my to do list for a very long time. I was always under the impression that it is going to be a task to bake the apple pies and kept postponing. When I joined the Baking partners group, they had made this pie the month I joined. I was a little late in the month, so skipped baking it with them. Ever since then, I wanted to follow Swathi’s recipe and make the apple pie. Finally with loads of apples still lying in my house, I braved through the recipe and guess what? It was a breeze to make them and I actually made them two times consecutively. I am in love with this recipe and this will be something I will be baking very often.

I love to have warm apple pie topped with Vanilla ice cream (or frozen yogurt now days). I have been savoring this apple pie every night since I baked them. The first day when I baked it I wanted to make it as the mini apple pies. For some reason ( I came to know the reason later, thanks to Swathi for her suggestions), my pie did not retain its shape and I could not take it off the muffin tin in one piece. They tasted great and more than half of them disappeared right away. I still could not get a picture worthy pie (that is as important as a great tasting pie, right?). So, I made it as a whole pie the next day after finding out the reason for my breaking apart pie and it was a hit, taste wise and appearance wise. 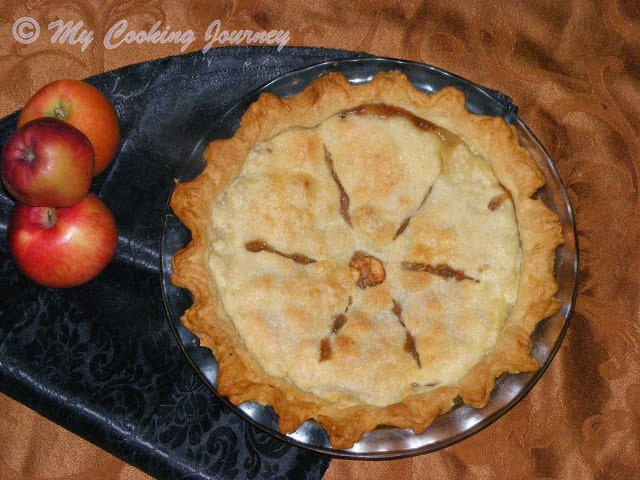 Granny smith is the most preferred apple for baking apple pies, since they have low moisture content. I had used an assortment of apples and hence I had more moisture in my filling. So the mini pies, I had made kept falling apart. To correct my problem, Swathi suggested that I use more flour when making my filling. So I increased the flour and it worked like charm. Also I would suggest that if you are making mini pies, grease the muffin tins at least around the edges to release the pies easily.

My kids, husband and I enjoyed this warm pie with ice-cream as our evening snack over the weekend. Hence, I am sending this recipe over to my day 2 of evening snacks for Blogging marathon. 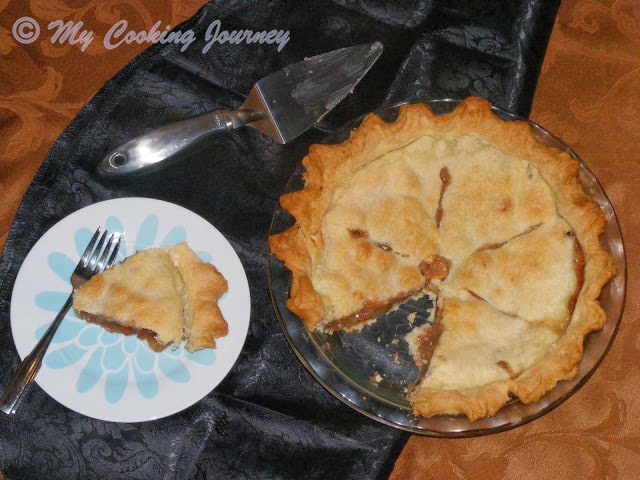 To make the top glaze/wash - 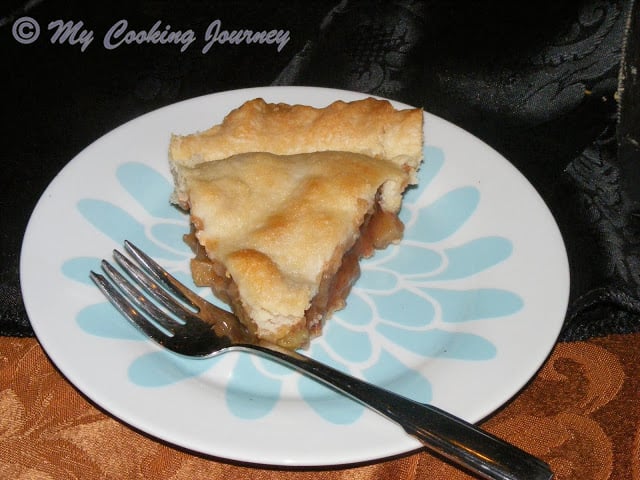 To make the crust 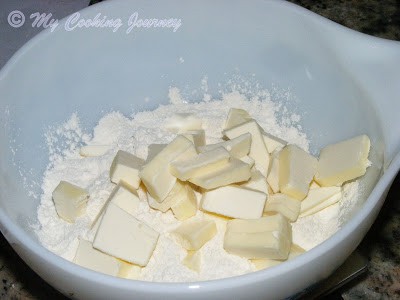 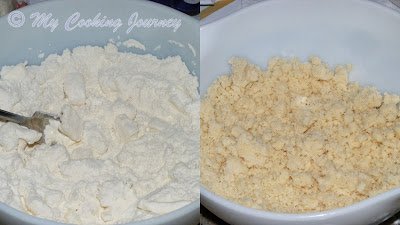 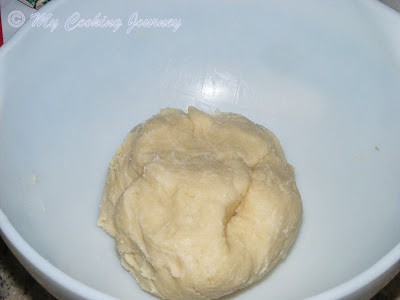 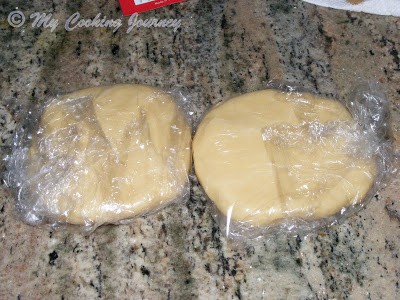 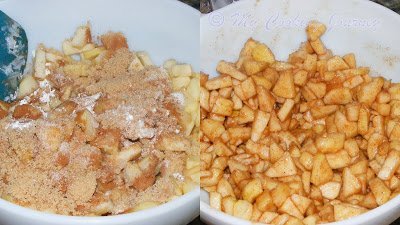 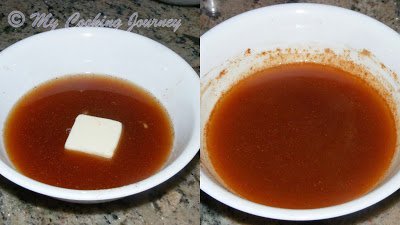 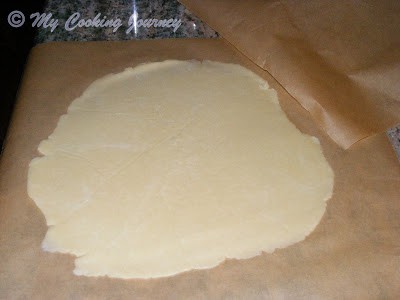 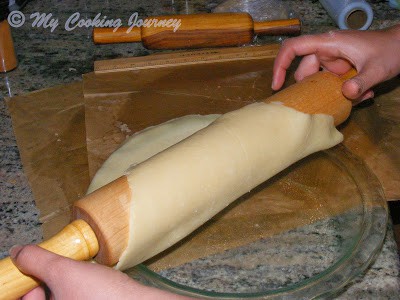 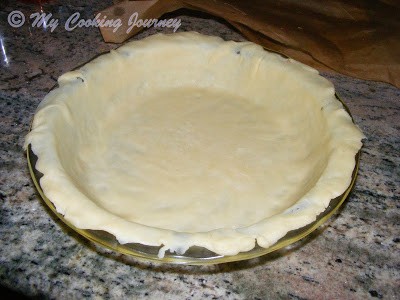 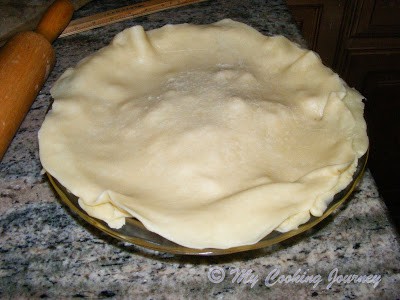 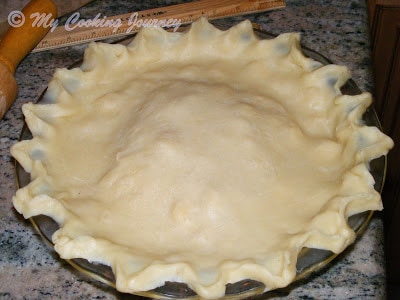 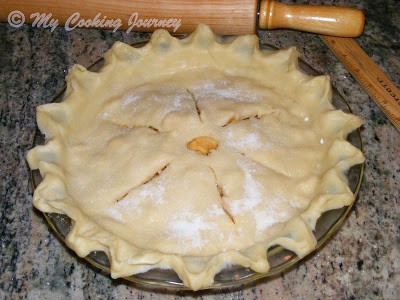 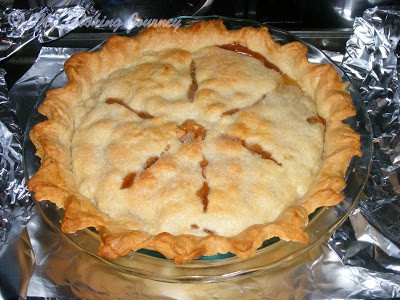 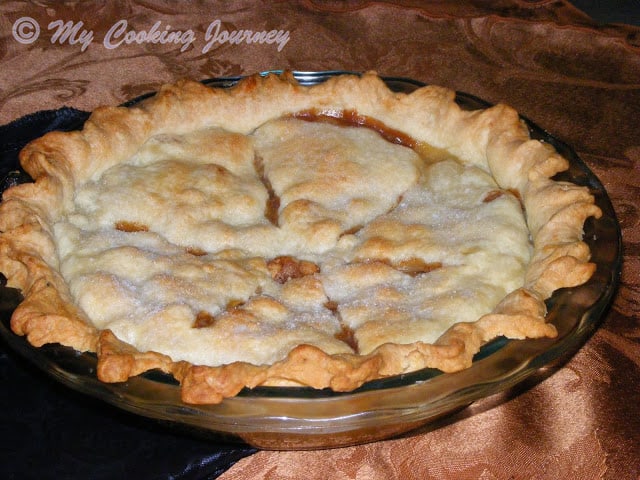 My Cooking Journey
You cannot copy content of this page