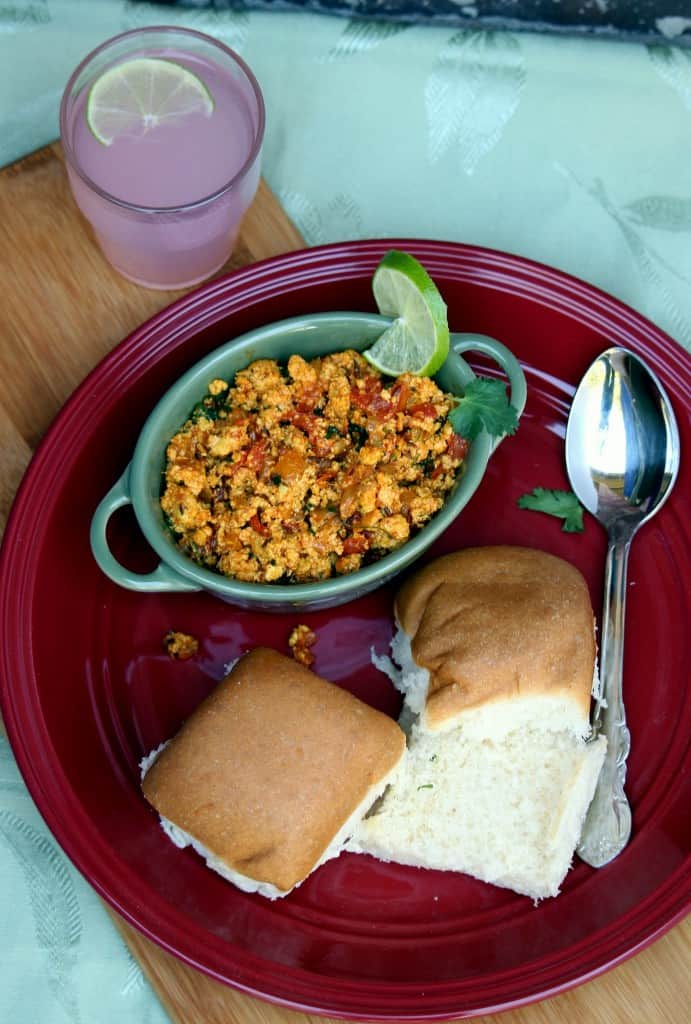 The last recipe that I have for this week’s Entrée theme is this Paneer Bhurji that I have served with Pav buns to make it a quick brunch for the weekends. All this week I wrote about recipes that work as quick weeknight dinners and that are kid’s friendly (approved by my boys). Most of the recipes that I have are one pot meal and they are fun to eat as a family.

This paneer bhurji is something that you can alter based on what you have in hand. I had made some fresh paneer the day before and hence I made the bhurji with paneer. If you only have tofu in hand, go ahead and use it. Serving options are also unlimited. I served it with pav buns, but the bhurji works great as sandwich stuffing, with roti or pooris.

If you have paneer in hand in takes only few minutes to make it. You could also add some bell peppers or green peas for color. The bhurji works great for lunch boxes as well stuffed in bread. 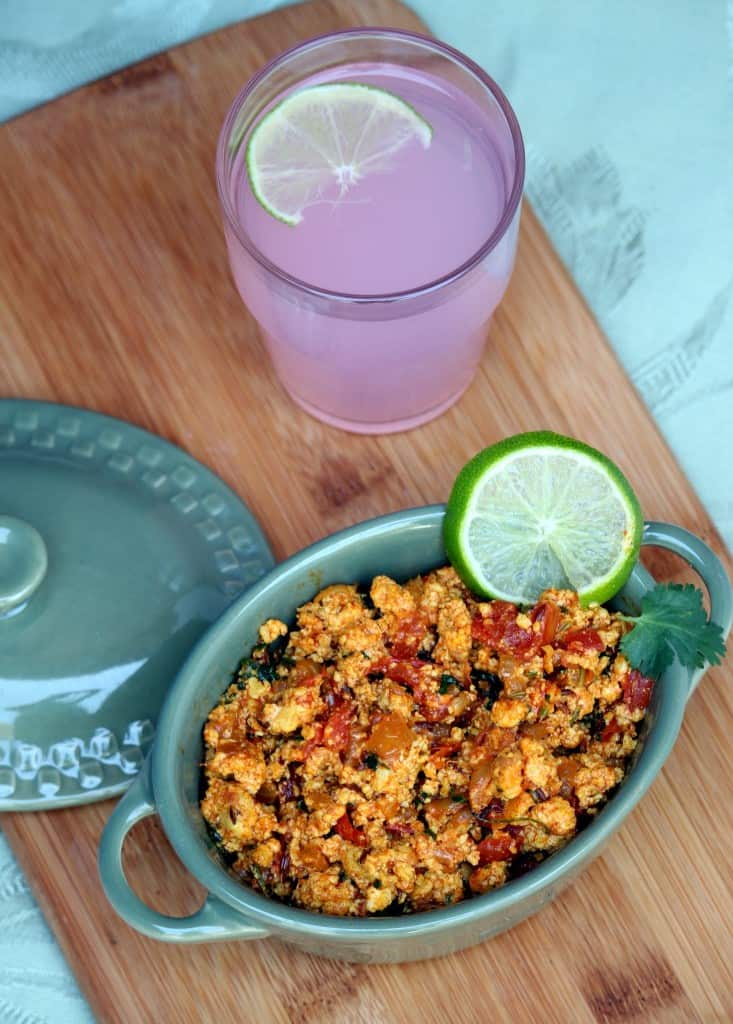 My other recipes this Marathon 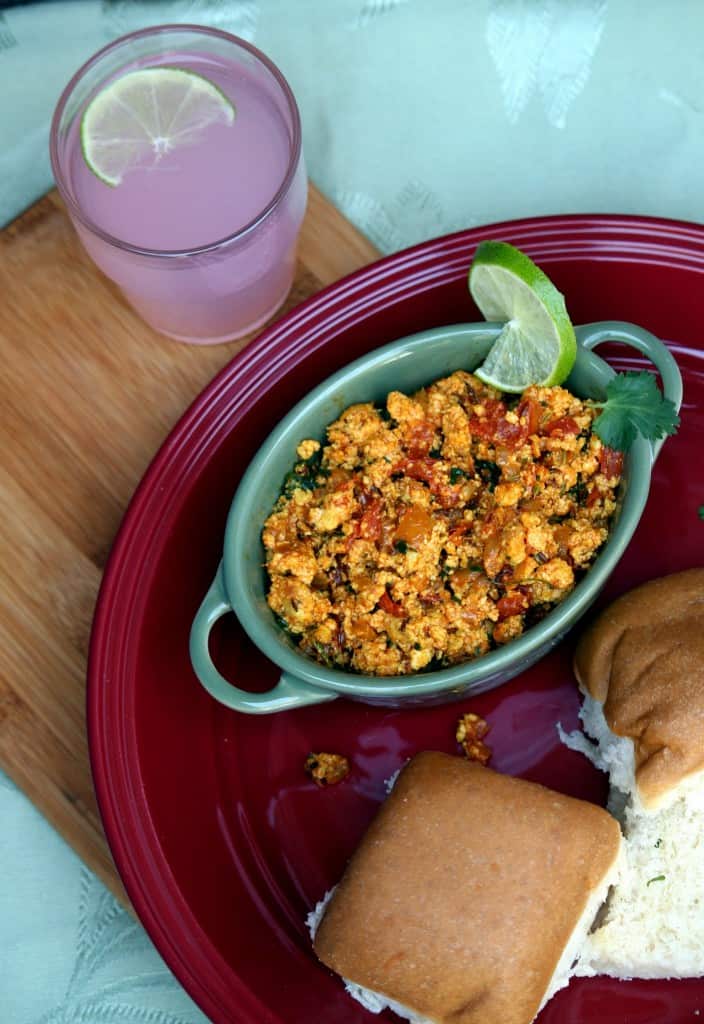 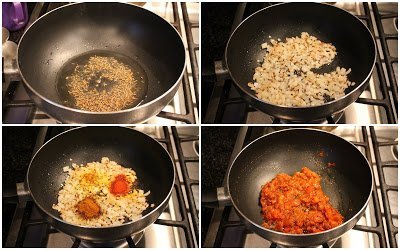 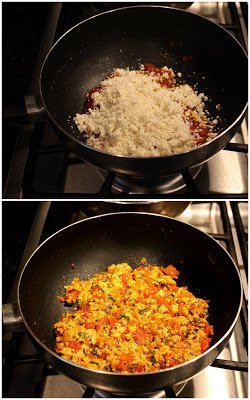 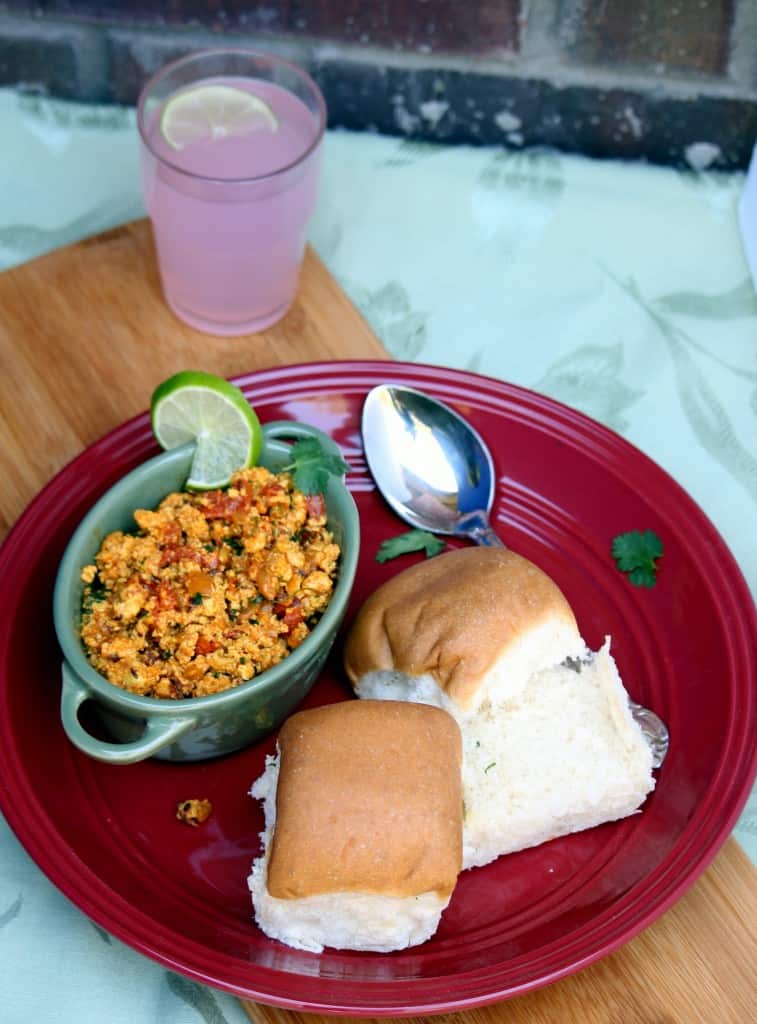