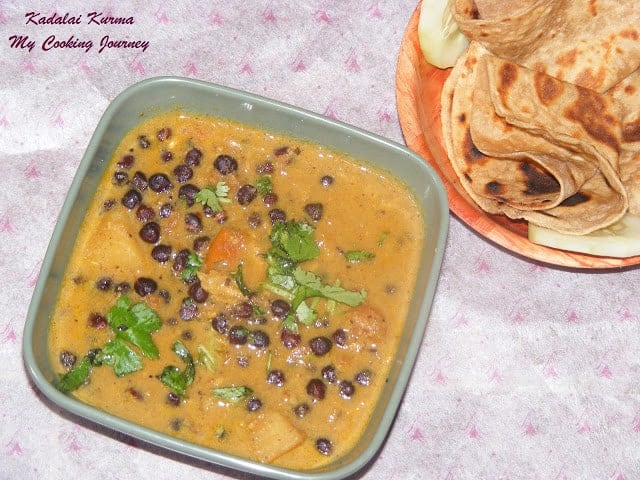 Yesterday was Saraswathi Pooja and traditionally as an offering, we make the karuppu kadalai sundal. I had so much left over from that sundal yesterday that I had to make something to use it up. I have never made Kadalai Kurma before. Will I make it again? Yes yes yes…It was absolutely a transformation and we loved it with the roti’s.

This dish would be a very good combination not only with chapatti, but also with rice, puttu, Idiayappam or dosai. I went with the coconut based (Chettinadu style) recipe with this since I was using up the left over sundal that already had coconut in it. I played a little bit with the recipe I am familiar with (Pungent feijoda) that is made with Rajma. 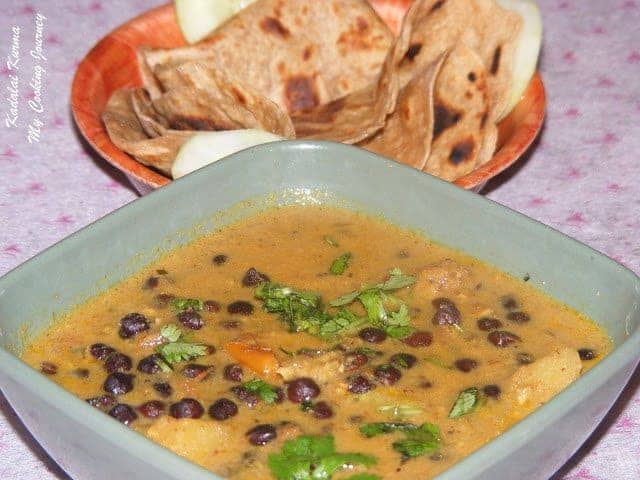 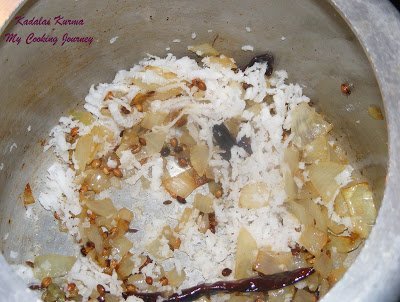 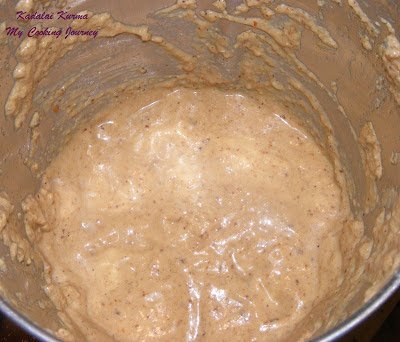 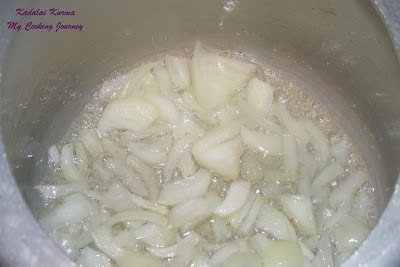 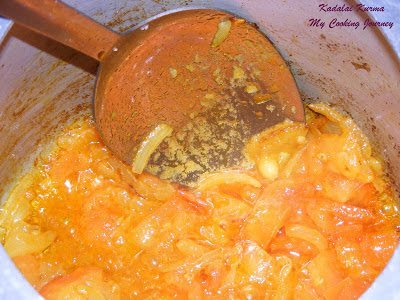 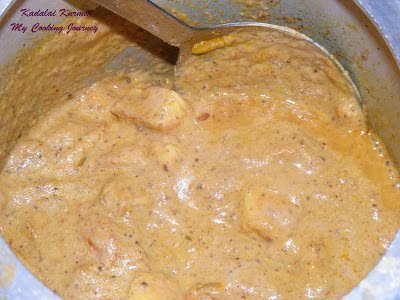 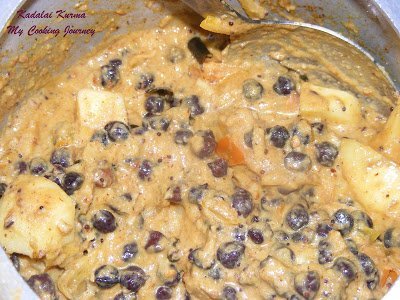 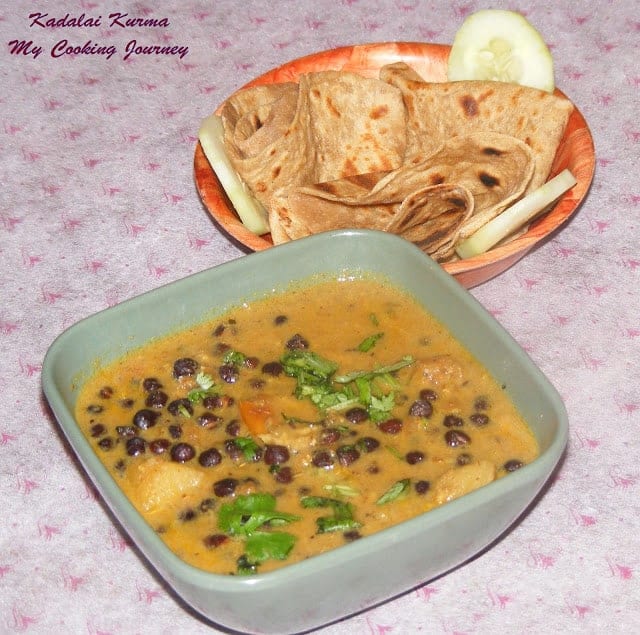 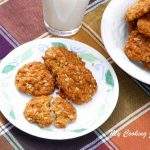 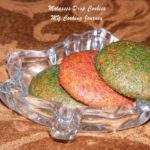 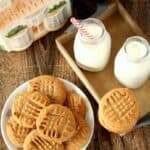 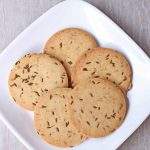 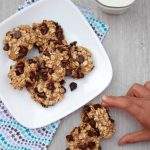 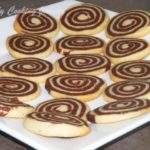